The Gender Budget Watchdog Network (GBWN) conducted a study tour and outbound activities in Andalucía, Catalonia and Barcelona in the period of October 13-15, 2021. The activities were carried out in the framework of the project “Gender Budget Watchdog Network in the Western Balkans and the Republic of Moldova”, funded by the Austrian Development Agency (ADA) and supported by the Swedish International Development Cooperation Agency (SIDA).

The first stop was the Regional Government of Andalusia (Junta de Andalucía) where we got acquainted with the work of the Institute of Finance Public Studies – IEHPA which operates in the framework of the Regional Government of Andalucía. Their main GRB approach is focused on continuous innovation in tools and methodologies (especially the G+ methodology), permanent cultural change approach, alongside a holistic approach for completing the budget cycle which provide key levers for achieving sustainable development and effective gender budgeting. 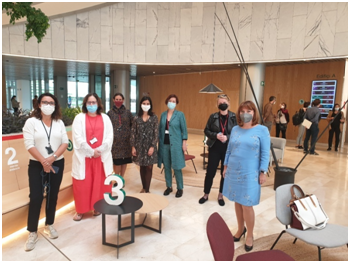 While in Andalucía, GBWN delegation also met with the Agency for International Development Cooperation (AACID) that aims to optimize, in terms of efficiency and economy, the management of public resources that the Administration of the Junta de Andalucía allocates to international cooperation for development.

Next stop was the Regional Government of Catalonia (Generalitat de Catalunya) which are especially proud of the 17/2015 Law on effective equality of women and men which stipulates that the memory budget must include actions and indicators of expenditures aiming at reducing gender inequalities; consequently expenditure gender impact is necessary. GBWN team also met with representatives from the Barcelona City Council (Ajuntament de Barcelona) who presented their internal gender equality plan – a document that helped in providing gender balance in the procedures of nominating employees on senior managerial positions with current ratio of 19:19. However, the plan still needs to deliver some progress in reducing the gender pay gap and increasing the police quota to 40%. 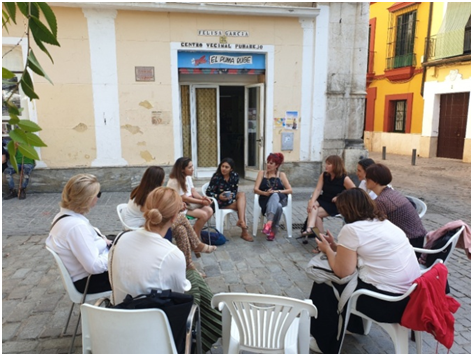 During our stay in Spain, we met several local CSOs in Andalucía, Catalonia as well as in Barcelona aiming at familiarizing with their thoughts, experience and practices in terms of appraising, monitoring and advocating on GRB. Our general perception is that the current regional civil society set up to some extent is weak and scarce in regard to GRB which presents an opportunity for exporting our experience, especially in terms of capacity building via the GBWN Academy learning platform and thus breaking the SEE border we are currently focused on.