On Friday, 17th of June 2022, the regional director of Gender Budget Watchdog Network – Marija Risteska met with the Head of Budget at the ICC Register Office Osvaldo Zavala-Giler and discussed the use of GRB tools in the budgeting for the International Criminal Court (ICC) in the Hague.

Risteska also took part in an event organized by the Embassy of Finland to the Netherlands, in cooperation with the Embassy of Mexico and the Women’s initiatives for gender justice “Gender Responsive Budgeting: Advancing gender mainstreaming processes at the ICC”.  The event objectives were to discuss the advantages of gender responsive budgeting at the ICC, how to implement a gender perspective in budgeting, and examples of good practices of GRB at other institutions.

The ICC, as a key institution in international criminal justice and the promotion of accountability, is encouraged to set high standards for mainstreaming gender in all areas of its work. Recent developments at the Court – including discussions in the context of the Review Mechanism, the draft Strategy on Gender Equality and Workplace Culture and the unprecedented contributions to the ICC budget – provide a good opportunity to examine how gender attuned the ICC budget is and potentially implement changes for its improvement. 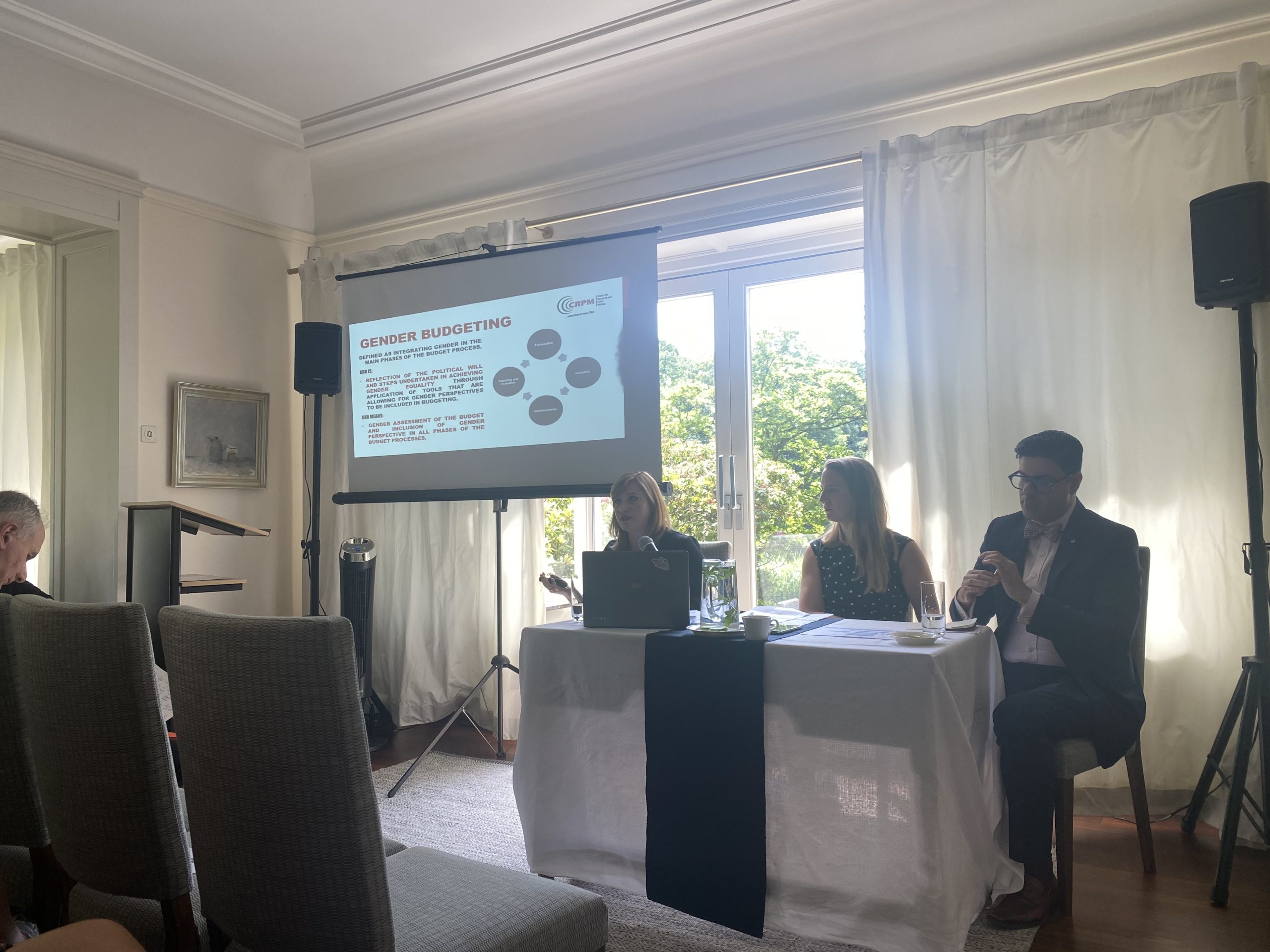 Risteska presented the GRB concept and proposed a way for its implementation in the ICC. These interventions were followed by discussion from the Head of Budget Unit at the ICC Mr. Zavala- Giler who welcomed the GRB concept as comprehensive tool for gender mainstreaming; and the ICC judge GochaLordkipanidze from Georgia who advanced the argumentation further requesting gender mechanism to be introduced at the ICC to allow for systematic introduction of gender in all ICC operations.

This event also included experience, knowledge, and best practices sharing with not only experts such as Risteska, but also with representatives from Serbia, Mexico, and South Africa. Ambassadors from these respective countries informed on the GRB approaches and progress achieved since the GRB tools are used in Serbia, Mexico, and South Africa. The interventions were followed with vidi discussion with diplomatic representatives from all over the world, as the event attracted over 50 representatives of the diplomatic core in the Hague. The participants spoke about the Gender Equality Strategy of the ICC which is seen as an entry point for further mainstreaming efforts where GRB can be used as one of the tools.

The Gender Budget Watchdog Network together with Women’s Initiatives for Gender Justice is developing a more comprehensive cooperation on watchdogging the gender equality commitments of the ICC expressed in the Gender Equality and Workplace Culture Strategic document of the court.