At today’s thematic session, the Gender Equality Committee discussed gender-responsive budgeting in Montenegro and the role of the State Audit Institution. 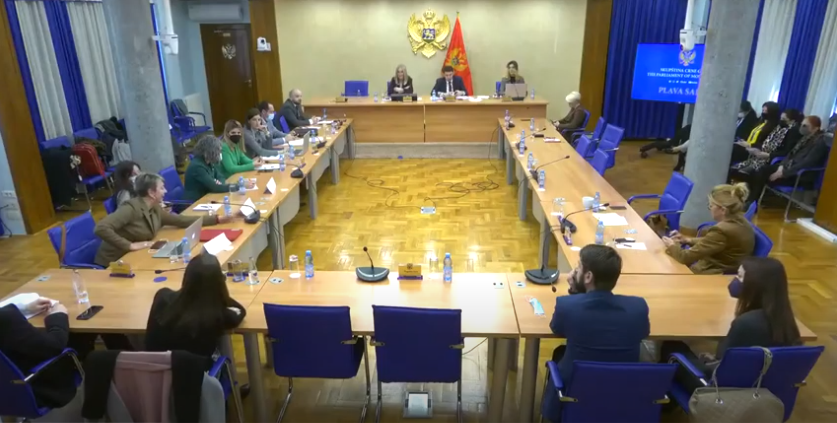 During the 17th session, the foreseen activities that need to be implemented in the upcoming period were discussed, in order to strengthen the process of monitoring the implementation of the budget.

The session was attended by: Dr. Branislav Radulović, Senator of the State Audit Institution, Jadranka Delibašić, State Auditor – Head of the Department for Development of the Performance Audit, Bojan Božović, MA, State Secretary at the Ministry of Justice, Human and Minority Rights, Milena Lipovina-Božović, PhD, State Secretary at the Ministry of Economic Development, Olivera Vukajlović, Acting Director of the Directorate for Improving Competitiveness in the Ministry of Economic Development, Bojan Paunovic, Director General of the Directorate for State Budget in the Ministry of Finance and Social Welfare, Pasko Pehar, Political Officer in the Delegation of the European Union, Marija Sukovic, Head of the Competitiveness Council Secretariat, Marija Dragojevic. Legal Issues in the Secretariat of the Competitiveness Council, Slavica Striković, NGO “Women’s Action”, Ana Milutinović, Head of the Westminster Foundation for Democracy, Bojana Bulut, Head of the Parliamentary Budget Office and representatives of the Secretariat of the Committee on Economy, Finance and Budget.